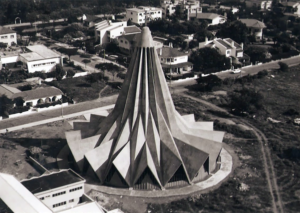 Here is a tour guide about things to do in Maputo. If can’t do it with us feel free to do it on your own. Find a trustworthy txopela or walk, it’s a welcoming city 🙂

Things to do in Maputo:

The Igreja de Santo António da Polana is an important modernist church in Maputo. It was designed by the Portuguese architect Nuno Craveiro Lopes (1921-1972) and constructed in the years 1959-1962.

It has the shape of an inverted flower, and is popularly known as the “lemon squeezer”.

Guedes calls the style of this building STILOGUEDES which translated means ‘GuedesStyle’ but loses something in the translation.

[An insert in the catalogue of the exhibition “Pancho Guedes- a aventura da arquitectura, o desafio ao formalismo (the adventure of architecture, the challenge to formalism)” held in the Portuguese consulate in Maputo in March 2010]

Arguably Pancho Guedes’s most notable building. This building has survived very well considering the long years of civil war and neglect. The shops and apartments appear to be all occupied. The surroundings and back alley are very dirty. The building façade walls are badly stained but the strong yellow colour still shows up well and the staining could be viewed as an additional layer of texture. The high level mural on the West façade is intact and so is the “smiling lion” on the North corner. The lion is an un-notable small concrete casting with a smile hence the name of the building.

This monument of the photo is called the Monument to the Dead of the Great War. It is located in the Workers’ Square, in front of the railway station, was inaugurated on November 11, 1935 in memory of the dead of the First World War. His sculptor is called Ruy Roque Gameiro and was made with blocks of granite.

In this art, one can see that there are four reliefs, they represent the effort and sacrifice of the Mozambicans who died for the country in the war. On the granite blocks there is a figure of a woman with shield and gladiolus symbolizing the motherland.

According to oral tales of Mozambicans, this monument also tells the story of a lady who saved the population. And it all happened as follows: there was a snake that stood on top of a tree in the place where the statue is. When people passed, the animal stung their heads causing their death since the snake was poisonous. This lady had a great idea to end this snake that terrorized the population. She prepared a type of potato (even flour), put the pot on the head with the potato still very hot and passed the place where the snake was. And when the animal was stung, it would contact the hot potato and die.

It was built in 1910. One of the attractions is its bronze dome. The oral tradition says that this would have been constructed by the famous Gustavo Eiffel but according to António Sopa, historian and Director of the Historical Archive of Maputo there is no document confirming it.

All wrought iron structures remain intact. Inside you can see old locomotives from the 19th century.

Firstly, this station was made of wood and zinc which later underwent a replacement of the material in order to improve its image, a process which began in 1908 and ended in 1010, and was inaugurated on 19 March of the same year. The construction works were commissioned by architects Alfredo Augusto Lisboa de Lima, Mário Viegas and Ferreira da Costa (Costa, Rungo & de Lemos 1992). The current use and tutelage of the CFM-South Central Station.

Known as the Fortress of Our Lady of the Conception is a replica that was built to be provisional in 1940 by the centenary of Independence and Restoration. However, it was restored according to the original design. This Fortress until shortly after Independence, in 1975, was a Historical-Military Museum.

Its history goes back to the end of the 18th century when the construction of the first Portuguese fortification at the bay began, in a context of commercial rivalry between several European countries. The military fortification, made with stakes, integrated the area of the bay and was designated by Prison. In the bay there was a ship at his service.

Attacked, abandoned, destroyed, rebuilt and changed many times. However, you can still see some pieces that remain of his historical-military past, in the case of the statues of Mouzinho de Albuquerque and António Enes. On the right side placed on the walls you can see two panels. One represents the prison of Gugunhana and the other the military charge against the empire of Gaza. In the center, among several cannons you can admire a replica of the standards used by Vasco da Gama in his discoveries and expeditions.

The current Central Market of Maputo (former Vasco da Gama Municipal Market) was the project of the Architect Carlos Mendes. Also known as the Bazaar this is one of Maputo’s most recognizable and scaled-down historic buildings. Let’s see here mainly the copy charge as I explain below.

HPIP: Located on Avenida da República / September 25th, it is a work begun in 1901 by the builder David de Carvalho and completed in 1903. It will be a smaller copy of the Alster Pavillion in Hamburg. The market is constituted by a ground body, with central turret and masonry facades of classicizante expression, rhythmic by the round arched spans. Inside, a metal structure covers the enclosure.

Casa Elefante – a house with 97 years of history – named after the Hindu God, God of luck, prosperity and wisdom. The capulanas, of colored fabrics, illuminate and fill a large part of this house, with its vivid colors and characteristic African designs that mark the local culture. This house of capulanas serves the Mozambican women and not only. It sold, in other times, besides the capulana, woven by meter. After 1987, the current owner, Ashvin Kumar Radia, who stayed with the house, near the Central Market in the center of the city, saw the capulana as a potential greater and made it become a shop specializing in capulanas.

As previously explained, the Iron House (CdF) is a prefabricated one purchased in Belgium through the office of Gustav Eiffel and first installed on Av 5 de Outubro (now Josina) in 1892. Among several problems it was too hot and was mainly used as school. In 1912 it belonged to the Agrimensura and remained there until at least the year of 1966. After it was disassembled and installed in 1972 as a historical building next to the Botanical Garden where it is currently. In 1974 it was the Museum of Geographical and Cadastral Services of Mozambique (the successor of the Surveying) and is now linked to the Ministry of Culture. It was renovated in 2014 in part with funds from the mining company Vale, in parallel with the renovation of the Botanical Garden.

The Tunduru Garden is a landscaped space in the center of the city of Maputo, Mozambique, called the Vasco da Gama Municipal Garden before national independence.

The structure has its origin in the Garden of the Society and of Arboriculture and Floriculture of end of century XIX. At that time the Government handed over to this company a plot of land, at the gates of the village of Lourenço Marques, with a total area of thirteen hectares, “confronting the north with the Ponta Vermelha Road; southeast, with the Moorish Cemetery; southwest, with the sewage ditch, and northwest, with the avenue designed by the said society. ” Around 1885, the Company began work.

This garden was deeply remodeled in 1907, and the current design was adopted.

At the end of 2011 the garden was in an advanced state of degradation, and a protocol was signed between public and private entities for its recovery.

The Cathedral of Maputo, officially the Metropolitan Cathedral of Our Lady of Conception, is an emblematic building of the city, designed in 1936 by the engineer Marcial Freitas e Costa, and inaugurated in 1944.

It is located in the Independence Square and has as characteristics an interior height of 16 m, and a tower with 61 m of height. The nave has a length of 66 m and a width of 16 m.

The cathedral is the Cathedral of the Archdiocese of Maputo.

Praça da Independência is flanked to the north by the Maputo City Hall and to the east by Cathedral of Our Lady of the Immaculate Conception. Iron House, designed by Gustave Eiffel for the governor of Mozambique, is located just off the square. Tunduru Gardens, designed in 1885 by British gardener Thomas Honney, is located one block south of the square.

ART needs a living space. For nearly 20 years, the Franco-Mozambican Cultural Center (CCFM) has been the habitat of the arts. Created after the civil war, this binational space (which unites two countries: France and Mozambique) is the meeting point of culture. On the occasion of the commemoration of its two decades, we will open the doors of this house to walk through its history.

The CCFM is an architectural, historical, artistic, cultural and human heritage. The building where the facilities of the “Franco” currently operate keeps secrets. The walls preserve moments that are part of the national and international cultural heritage. Before it became what it is, this building was a Club Hotel. 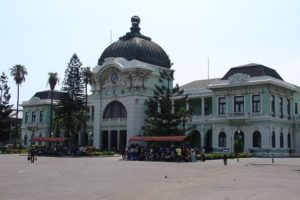 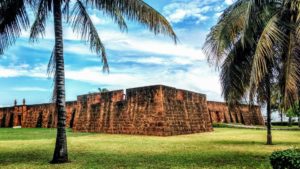 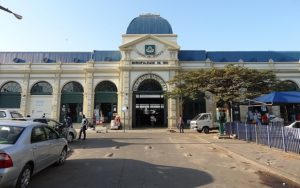 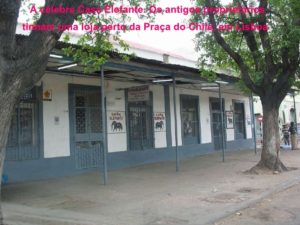 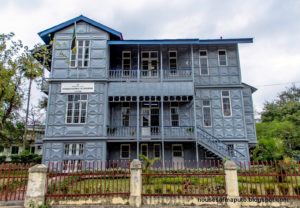 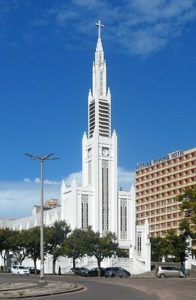 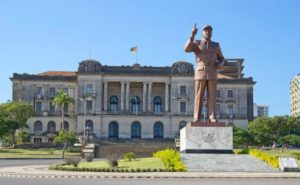