When you book with an account, you will be able to track your payment status, track the confirmation and you can also rate the tour after you finished the tour.
Sign Up
6294

Great experience in this amazing location. Leave your wallet at home, bring your heart and soul! This trip includes a special cruise in Maputo’s Bay until Machangulo Island, where we will spend the first part of the day, like Robinson Crusoe, but with breakfast included and not hunting/fishing around. Then, we will go to Santa Maria’s beach and will have time for swimming and discover it’s reefs, sunbathing and snorkeling while we prepare a delicious lunch before you set back home.

Where are we meeting? We do not know yet :p. But it will be at some of the ports in Maputo as our boats depend on sea conditions, but we will let you know the day in advance.

Don’t carry so many things with you as we are providing everything you need excepting clothes.

We will “surf” Maputo’s Bay until encountering Machangulo’s Peninsula, where Maputo Special Reserve is. This isolated and remote place is just a natural wonder, and is waiting for you. Look at your right side, look at your left side and look at the front side. What do you see? Go as far as you want as this paradise is exclusively for you.

Enjoy Mother Nature in its pure essence and when getting hungry let us know; we will feed you –we need to keep you in a good shape for snorkeling and feeding sharks, hehehe. Joking!

Take as much advantage as you can from this spot. We will have lunch here and when our skipper decides, we will head back to Maputo with a lot of vitamin D and special stories to share.

Vervet monkeys. They have a black face with white fringe of hair, while the overall colour is mostly grey, the males are larger in weight and both length than females. Vervets live in social ranging from 10 to 70 individuals, with males moving to other groups at the time of sexual maturity. When males reach sexual maturity, they move to a neighbouring group, often males will move with a brother or peer, presumably for protection against aggression by males and females of the resident group. Groups that had previously transferred males show significantly less aggression upon arrival of another male, in almost every case, males migrate to adjacent groups. This obviously increases benefits in regard to distant travelled, but also reduces the amount of genetic variance, increasing the likelihood of inbreeding. Females remain in their groups throughout life.

Male hierarchies are determined by age, fighting abilities and allies, while female hierarchies are dependent on maternal social status. A large proportion of interactions occur between individuals which are similarly ranked and closely related. Between unrelated individuals, there is female competition for grooming members of high-ranking families.

Female give birth once a year, between September to February, after a gestation period of about 165 days. Usually they give birth to one infant at a time, though twins can occur but it is very rare. A normal baby can weigh 300–400 grams at birth.

Vervet monkeys diet includes fruits, flowers, leaves, seeds and seed pods. In agricultural areas, Vervets become problem animals as they will raid bean crops, peas, young tobacco plants, vegetables, fruit and various grain crops, they are also referred to carnivorous and their carnivorous aspects of their diet include grasshoppers and termites; they have been occasionally seen raiding nests of cattle egrets and weaver birds where they will eat the eggs and chicks.

Sometimes mongoose are seen on the edges of the dunes at Machangulo Reserve. Small grey mongoose is a small species of animal. It is a dark grey in colour with a darker tip of the tail. The legs are a darker grey than the rest of the body, it has a typical elongated mongoose body shape. The ears are small and rounded and are situated on the sides of the head, the tail is long and bushy. The teeth show adaptations for both cutting and crushing.

They habit in fynbos type of vegetation, semi-desert scrub, thicket and forests including the dunes forests. However, they are not found in the grassland biome. Often live in association with man. The grey mongoose feeds mostly on insects and small rodents, but will also eat birds, small reptiles, amphibians and fruits. They have been known to eat carrion and garbage as well. It is predominantly insectivorous but also carnivorous. Insects and other arthropoda such as spiders are caught on the ground and then held down with the forefeet and eaten. Large prey such as rodents are stalked and killed with a bite on the head, large prey items are held down with the forefeet and then torn into bite size pieces with the teeth. Small rodents are their most important dietary components.

The grey mongooses are diurnal, meaning they forage mainly during the day, when not breeding they are seen in solitary, but babies remains together in a family. They are poor diggers so they utilize piles of rocks, crevices, deserted burrows and hollows in the tree trunks for shelter when there is not sufficient bush cover. Litters of 1–3 young are born from August to December and are hidden in burrows, rock crevices or tree hollows. At birth, the pups are fully furred but their eyes and ears are closed, only opening after about a fortnight.

We will proceed with our adventure to Santa Maria, for some wonderful snorkelling or just relaxing and sun bathing. Santa Maria’s Peninsula is one of a few idealic locations in Southern Africa where one can face the sunset in the evenings. It is a protected area, meaning no hunting or fishing is allowed here, so the reefs are still great, and marine wildlife unbelievable.

When we get at the shore our crew will take care of preparing the shadow, the chairs and tables, and as we say it is a conserved area, so we will need to pay the conservation fee and snorkelling fees to the marine guards, but don’t worry this is all covered, so you guide will pay for this. You will choose the time you want to have your lunch, maybe before or after snorkelling. You can talk a walk along the beach or take a dip swim in the ocean.

They say Santa Maria is a paradise, to us the answer is yes. Santa Maria’s Peninsula is a paradise for people who want a beach holiday with a different way and for people who want to have a cool escape from the noise city for a day. This gorgeous place promises an idyllic escape from real life to endless white beaches in a remote location. The endless walks along the golden beaches and it offers a wide range of water activities in the azure ocean. A veritable tropical paradise where you get to create more unforgettable memories.

Snorkelling in the small protected bays and reefs along the coast reveals that the pristine protected sea is teeming with colourful tropical fish species whilst further out humpback whale, dolphin, whale shark, manta rays, sail fish and marlin thrive in the protected waters. Some guests have even spotted the endangered dugong in the Maputo Bay.

Please when snorkelling don’t touch the reefs as they may hurt you or they might hide some jellyfish along. Jellyfish has no ears or eyes or nose and also no brain or heart, they do not even have a head, their body is almost totally made of water and is soft having no bones at all. Jellyfish are invertebrate animals because they do not have a spine or backbone. Lacking brains, blood, jellyfish are pretty simple creatures. They are composed of three layers: an outer layer, called the epidermis, a middle layer made of a thick, elastic, jelly-like substance called mesoglea and an inner layer, called the gastrodermis. Jellyfish venom is a neurotoxin designed to paralyzed jellyfish prey, although a jellyfish can kill a small aquatic animal, its sting is not usually fatal to humans, it tends to cause pain, skin rashes, fever and muscle cramps.

Loggerhead, leatherback and olive ridley turtles, manta rays and ribbon tail rays as well as some very large potato and brindle bass are just some of the residents and visitors to this spectacular spot. This is a huge coral reef, over 2km in length with many overhanging caves, swim through and enjoy the aquatic life there.

The brindle bass also known as the giant grouper, Queensland groper or mottled-brown sea bass is a species of marine ray finned fish. The giant grouper has a robust body which has standard length equivalent to 2.4 to 3.4 times its depth. The adults are greyish-brown in color overlain with a mottled pattern and with darker fins. The small juveniles are yellow with wide, the adults are dark irregular bars and irregular dark spots on their fins, the giant grouper can grow to huge size up to 400 kilograms.

Like most groupers, giant groupers they spawn on a lunar cycle, with spawns lasting about 7 days. They are aggregative broadcast spawners, usually with several females per male. Studies in captive populations suggest that the dominant male and females begin the spawning event as a nearly the only spawners for the first day or two, but other members of the aggregation fertilize more eggs as the event progress.

Brindle bass only reach sexual maturity when they hit 1.1 metres, brindle bass and the larger specimens like the goliath grouper, are the apex predators in their habitats and feed on crustaceans, smaller fish, baby turtles. The brindle bass lives in coral reefs in sub-tropical and tropical areas everywhere.

We also take some volley and soccer balls for you to enjoy on the beach. If you have had enough water -after some water activities- you can take some rest, sun bath or read a book, or a nap. There are some ablutions with water where you can change your wet clothes and put on dry clothes, and get ready for a 45 minute or so ride back to Maputo. As we sail back to Maputo, keep a look out for dolphins who enjoy swimming along the boats, keeping you company and make sure you are having a safe travel back home.

We will leave Santa Maria before the sun sets. Normally the trip back to Maputo is a bit rough as the tides will be coming back, and the current will be strong, but don’t worry our boats are safe and our well trained and professional captains know their job well.

We will arrive in Maputo at sun down and if you want any help to arrange for a taxi to take you home, ask our crew they will help you to arrange a taxi.

Hope you have a great day and unforgettable memories, and for sure you took a lot of photos. 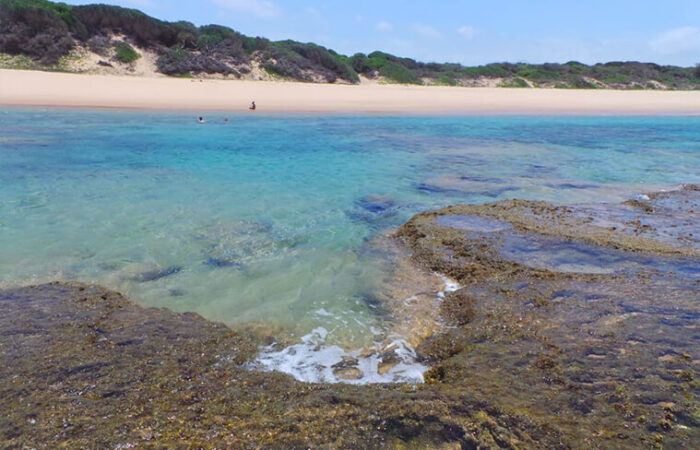 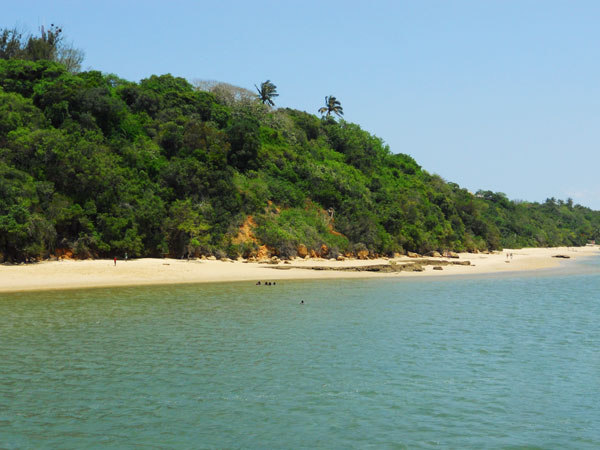